Skip to main content
CYBER WEEK ENDS SOON! Spot great deals up to 88% off. >
Spiritual Gifts: What They Are and Why They Matter
By: Thomas R. Schreiner
Stock No: WW915209 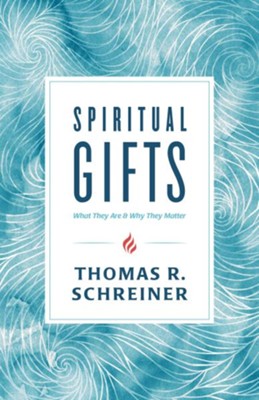 Spiritual Gifts: What They Are and Why They Matter

What are the spiritual gifts? Do all Christians have them? Have the miraculous gifts ceased?

The topic of spiritual gifts is often a point of contention among Christians. In Spiritual Gifts: What They Are and Why They Matter, Dr. Thomas R. Schreiner, a leading New Testament scholar, answers these questions.

Schreiner shares his personal experience related to spiritual gifts, but more importantly, he unpacks what the Bible has to say about them. In doing so, he brings a spirit of humility and charity, reminding us that though spiritual gifts are important, we can have unity in Christ even where we disagree.

▼▲
Thomas R. Schreiner has been a professor at The Southern Baptist Theological Seminary in Louisville, Kentucky since 1997 and is the James Harrison Buchanan Professor of New Testament Interpretation. He has also taught New Testament at Azusa Pacific University and Bethel Theological Seminary. He received a B.S. from Western Oregon University, a M.Div. and Th.M. from Western Seminary, and a Ph.D. in New Testament from Fuller Theological Seminary. Schreiner's writings include commentaries on Romans, Galatians, Hebrews, and 1–2 Peter and Jude, and forthcoming commentaries on 1 Corinthians and Revelation. He has also written a theology of the Apostle Paul, a New Testament theology, and a theology of the entire Bible. He is a pastor at Clifton Baptist Church in Louisville, Kentucky. Schreiner is married to Diane, and they have four children (Daniel, Patrick, John, and Anna) and eight grandchildren (Sam, Iris, Willia, Lydia, Kesid, Julieanna, Canaan, and Maria).

▼▲
I'm the author/artist and I want to review Spiritual Gifts: What They Are and Why They Matter.
Back
Back