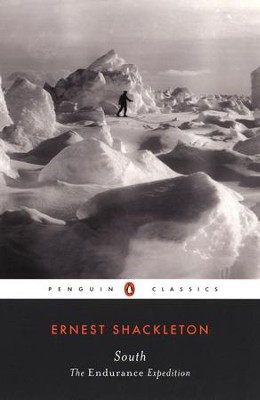 ▼▲
As war clouds darkened over Europe in 1914, a party led by Shackleton set out to make the first crossing of the entire Antarctic continent via the Pole. But their initial optimism was short-lived as ice floes closed around their ship, gradually crushing it and marooning 28 men on the polar ice. Alone in the world's most unforgiving environment, Shackleton and his team began a brutal quest for survival. And as the story of their journey across treacherous seas and a wilderness of glaciers and snow fields unfolds, the scale of their courage and heroism becomes movingly clear.

▼▲
Ernest Shackleton was born in 1874 and joined the merchant navy at 16. A passion for exploration led to him joining the Royal Geographic Society whilst still at sea and in 1901 he secured a place on Captain Scott's first Antarctic expedition. In 1907 he embarked on his own Antarctic mission and was knighted on his return to England. 7 years later, in his ship the Endurance, he set off on an attempt to cross the Antartic from one side, to the other. Although his ship was trapped and crushed in ice Shackleton made an incredible journey to rescue his men and returned home a hero. Fergus Fleming was educated at Oxford University and City University, London and has been a freelance writer since 1991. Barrow's Boys, which is a chronicle of 19th century exploration, was read on BBC Radio 4 and other titles include Ninety Degrees North: The Quest for the North Pole and Cassell's Tales of Endurance. He currently lives in Cheltenham.

▼▲
I'm the author/artist and I want to review South: The Endurance Expedition - eBook.
Back
×
Back
×