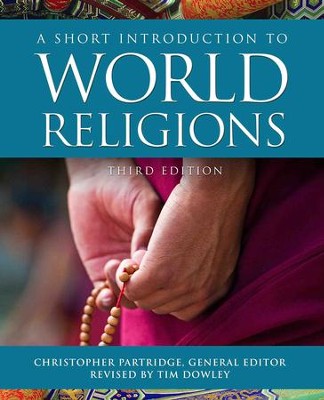 This leading textbook for world religions is now available in a more concise version. Many of the features of Introduction to World Religions are retained in this volume but with focus on the religious traditions themselves. The section on religions of antiquity has been removed and key content in each chapter streamlined to increase accessibility for students in their study and research of the world’s religious traditions. Known and valued for its balanced approach, this book offers an arresting layout with rich illustrations. It continues to provide broad coverage of diverse religions, including indigenous religions, Hinduism, Buddhism, Jainism, Judaism, Christianity, Islam, Sikhism, and Chinese, Korean, and Japanese religions.

The user-friendly content is enhanced by charts of religious festivals, historic timelines, updated maps of the world’s religions, and a useful glossary. Both historical overviews and modern perspectives for each religion are included.

This edition includes several updates made to the new third edition, including a new design, a new section on women and religion, and a newly revised section on religions in today’s world.

▼▲
I'm the author/artist and I want to review A Short Introduction to World Religions, Third Edition.
Back
×