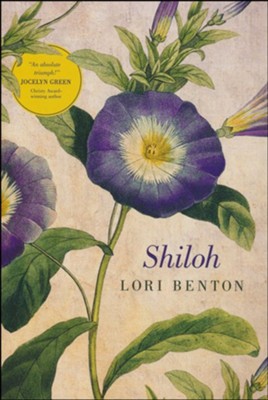 By: Lori Benton
More in Kindred Series
Tyndale / 2021 / Paperback
Write a Review
This product will be released on 10/05/21
Email me when this product is available.
Stock No: WW444374

December 1795
A year has passed since Ian Cameron reluctantly sent his uncle’s former slave Seona and their son, Gabriel, north to his kin in Boston. Determined to fully release them, Ian strives to make a life at Mountain Laurel, his inherited plantation, along with Judith, the wife he’s vowed to love and cherish. But when tragedy leaves him alone with his daughter, Mandy, and his three remaining slaves, he decides to return north. An act of kindness on the journey provides Ian the chance to obtain land near the frontier settlement of Shiloh, New York. Perhaps even the hope for a new life with those he still holds dear.

In Boston, Seona has taken her first tentative steps as a free woman, while trying to banish Ian from her heart. The Cameron family thinks she and Gabriel should remain under their protection. Seona’s mother, Lily, thinks it’s time they strike out on their own. Then Ian arrives, offering a second chance Seona hadn’t dared imagine. But the wide-open frontier of Shiloh feels as boundless and terrifying as her newfound freedom—a place of new friends and new enemies, where deep bonds are renewed but old hurts stand ready to rear their heads. It will take every ounce of faith and courage Ian and Seona can muster to fight for their family and their future . . . together.

▼▲
I'm the author/artist and I want to review Shiloh.
Back