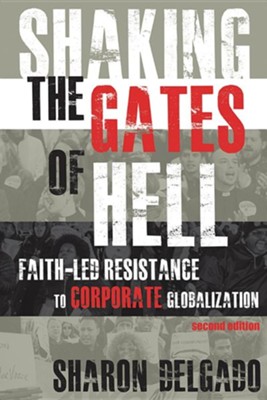 Shaking the Gates of Hell breaks new ground by describing the global economy and its effects from the perspective of an integrated theology of "the earth as primary revelation" and the institutional powers of this world. It reaches the conclusion that hope lies in nonviolent resistance and ecological and social responsibility based on God's action in Jesus and in the triumph of God over the powers.

This book describes today's interrelated social, economic, and ecological crises and makes the case that we face a living hell on earth if we do not address them. It provides an overview of the global economic system and offers a comprehensive theological analysis of the network of primary institutions that make up what Walter Wink calls the "Domination System." It points readers in the direction of hope based on following the way of Jesus, who lived in nonviolent resistance to the powers of his day.

This new, revised edition continues the powerful story of the original, extending the analysis of the global economy from the 2008 collapse and recession to its alleged recovery. It addresses the Obama administration's policies on economics, trade, and the environment, and provides further reflections on American foreign and military policy in this so-called New American Century.