EARLY CHRISTMAS SALE: Shop over 900 items up to 85% off through 9/29 >
Selected Short Stories
By: Leo Tolstoy 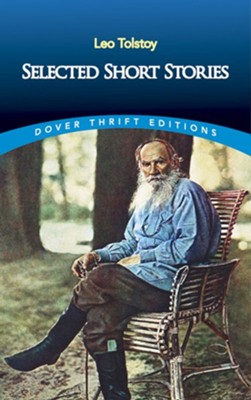 ▼▲
It is universally acknowledged that Leo Tolstoy, author of War and Peace and Anna Karenina, was as much a master of the short story as of the full-length novel. This original collection, which features some of his most hard-to-find tales, will enchant longtime enthusiasts of Tolstoy's work as well as new readers.
"The Forged Coupon" traces how an act of deception leads to both murder and redemption. "After the Dance" depicts an army deserter's punishment and explores the subjective nature of opinions on good and evil. "Alyosha the Pot" profiles a simple man content to live according to others' expectations. "A Prisoner in the Caucasus" undermines the romantic conceptions associated with the region in particular and with war in general. "The Bear Hunt" forms a cautionary tale of acting in anger; "Two Old Men" suggests that the best way to honor God is to love and care for other people; additional stories include "The Raid," "The Snow-Storm," and "The Godson."

▼▲
Novelist, essayist, dramatist, and philosopher, Count Leo Tolstoy (1828-1910) is most famous for his sprawling portraits of 19th-century Russian life, as recounted in Anna Karenina and War and Peace.

▼▲
I'm the author/artist and I want to review Selected Short Stories.
Back
×