Shipment delay - click here for more details
Scribal Skips: 1300 Words That Fell Out of the Bible
By: Wayne A. Mitchell 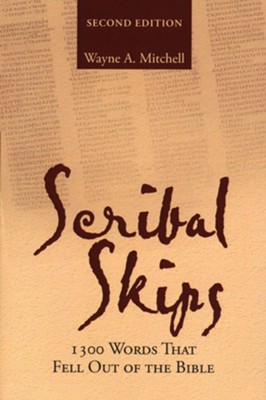 Scribal Skips: 1300 Words That Fell Out of the Bible

In nineteenth century textual criticism of the Bible, two beliefs that became prominent were that insertions of non-original text by scribes were much more numerous than copyist omissions of text, and that the shortest reading among manuscripts was preferable. Since that time, it has become recognized that the most common causes of textual corruption are accidental rather than intentional, and that among the most common accidental scribal errors is haplography. However, the implementation of these discoveries in textual analysis has been remarkably slow. As a result, a substantial number of words have accumulated with evidence of having fallen out of manuscripts, but have not been restored back to the Bible. In Scribal Skips, the author presents a list of verses from Genesis to Revelation with words restored that have evidence of having fallen out of manuscripts from scribal skips.