Skip to main content
WINTER BIBLE SALE: Over 1,200 Deals Up to 80% Off, thru 2/1. Shop Now >
Science and Religion in the Twenty-First Century
Edited By: Russell R.E. Manning, Michael Byrne
Stock No: WW052951 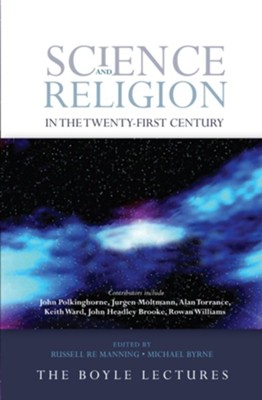 Science and Religion in the Twenty-First Century

▼▲
Despite the upsurge in public interest in science-and-religion provoked by the so-called "new atheist" attacks on religion, there has been surprisingly little publically accessible informed discussion of the central issues at stake in contemporary work at the interface of science and religion. This book fills this gap by providing a snapshot of what is really at stake in contemporary interactions and debates between scientists and theologians. What the collection shows, above all, is the vibrant complexity of discussions in science-and-religion. Old models of conflict between the two disciplines no longer hold; but neither do the alternative comprehensive models of independence, dialogue or integration. What emerges instead is a complex set of relations between science and religion in the twenty-first century.

▼▲
The lectures gathered in this collection are all by eminent figures ifrom both within and beyond science. Intended for a wide audience, they together illuminate in masterful fashion the most perplexing problems at the interface of science and religion. Anyone who believes that this is God's world will find much of compelling interest here. Others should see the crucial importance for human reason of the arguments considered.
The revival of the Boyle lectures in the 21st century was a most imaginative way of connecting the current dialogue between 'science' and 'religion' (as we now call them) with the original Boyle lectures, first given in 1692. The first ten Boyle lecturers of modern times are a roll call of the leading figures in contemporary world of science and religion, and these lectures are an excellent and accessible guide to the current debates, covering physics, evolutionary biology and the human sciences.
Science and Religion in the 21st Century is an important collection of Boyle lectures delivered by leading scholars in the interaction between science, philosophy and theology. Topics range from evolution and emeregence to cosmology and the psychology of religious beliefs. I strongly recommend this book to scholars and the general public interested in cutting edge thinking about science and religion.

▼▲
I'm the author/artist and I want to review Science and Religion in the Twenty-First Century.
Back