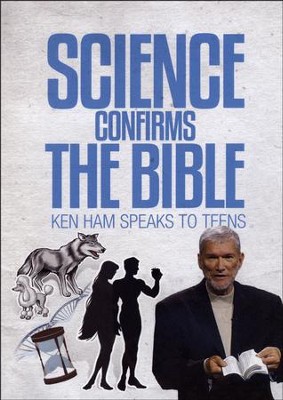 ▼▲
In just under an hour, you can tackle the biggest creation/evolution questions Ken Ham has been asked by teens. Featuring explanations to over a dozen "hot topics," in this fast, illustrated presentation, Ham returns again and again to the original text and scientific discoveries to prove his points! Learn about DNA as evidence for the infinite God, the origin of so-called races, evidence for a worldwide Flood, the time of the Ice Age, dating methods, and more. Great for teens to learn to defend creationism! 12 & up. 58 minutes on DVD.

▼▲
I'm the author/artist and I want to review Science Confirms the Bible.
Back
×