Skip to main content
Saving My Assassin
By: Virginia Prodan
Stock No: WW411831 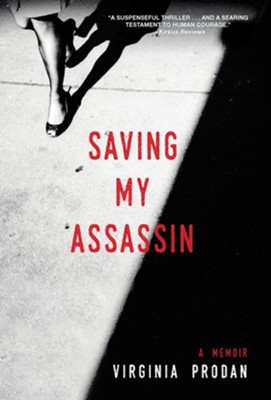 ▼▲
In Saving My Assassin, attorney Virginia Prodan tells her remarkable and harrowing story of being kidnapped, beaten, and tortured under the brutal regime of Romanian dictator Nicolae Ceausescu. She came within seconds of execution, but survived to expose Ceausescu's secrets and help topple his reign. A must-read for all generations, Saving My Assassin is the unforgettable account of one woman's search for truth, her defiance in the face of evil, and the surprise encounter years later that proves without a shadow of a doubt that nothing is impossible with God.

▼▲
“I should be dead. Buried in an unmarked grave in Romania. Obviously, I am not. God had other plans.”

A must-read for all generations, Saving My Assassin is the unforgettable account of one woman’s search for truth, her defiance in the face of evil, and a surprise encounter that proves without a shadow of a doubt that nothing is impossible with God.

At just under five feet tall, Virginia Prodan was no match for the towering 6' 10" gun-wielding assassin the Romanian government sent to her office to take her life. It was not the first time her life had been threatenedâ·nor would it be the last.

As a young attorney under Nicolae Ceausescu’s brutal communist regime, Virginia had spent her entire life searching for the truth. When she finally found it in the pages of the most forbidden book in all of Romania, Virginia accepted the divine call to defend fellow followers of Christ against unjust persecution in an otherwise ungodly land.

For this act of treason, she was kidnapped, beaten, tortured, placed under house arrest, and came within seconds of being executed under the orders of Ceausescu himself. How Virginia not only managed to elude her enemies time and again, but how she also helped expose the appalling secret that would ultimately lead to the demise of Ceausescu’s evil empire is one of the most extraordinary stories ever told.

▼▲
I'm the author/artist and I want to review Saving My Assassin.
Back
Back