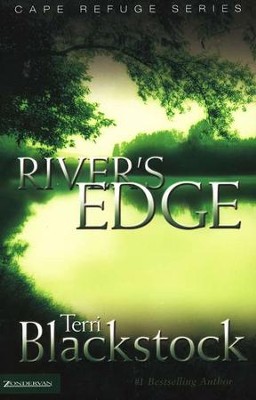 ▼▲
The man Lisa Jackson loved most may have betrayed her. Another used deception to manipulate her. But did one of them kill her?

Ben Jackson is sure to defeat Jonathon Cleary in Cape Refuge's mayoral race, until his wife turns up missing the day before a major debate. Suspecting foul play, Police Chief Cade launches an island-wide search. But it takes a psychic's "vision" to point police to the riverside--and Lisa's body.

A small-town scandal quickly turns into a national media event. Is the murderer one of the obvious suspects . . . or someone they have no reason to doubt?

Ben Jackson is going head to head with Jonathan Cleary in Cape Refuge’s mayoral race—and he’s even expected to win—when his wife Lisa turns up missing the day before the major debate. Suddenly the town is in turmoil as proof of an alleged affair surfaces, indicating that Ben Jackson might have had motive to kill his wife.

Meanwhile, newspaper owner Blair Owens has other suspicions—and so does Police Chief Cade. Together they dig deeply into the mysterious disappearance that soon spirals into a web of confusion, dark secrets, and unsettling fraud.

Then the town’s psychic reveals the location of Lisa’s body—at the bottom of the river. Even though Blair doesn’t believe his paranormal gift is real, she can’t imagine how he knew where the body was.

The small-town scandal quickly turns into a national media event. Is the murderer one of the obvious suspects . . . or someone they have no reason to doubt?

▼▲
I'm the author/artist and I want to review River's Edge, Cape Refuge Series #3.
Back
Back