Skip to main content
OUR BIGGEST BARGAIN SALE EVER: Over 6,000 deals at never-seen-before prices ~ through 8/23. Shop now >
Revelation Through Old Testament Eyes
By: Tremper Longman III
Stock No: WW5444739 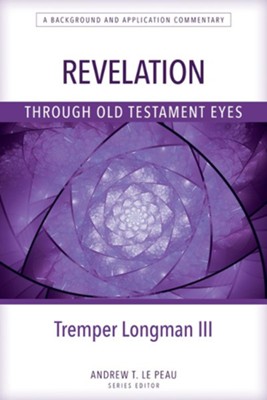 The images of Revelation—like a seven-sealed scroll, four horsemen bringing destruction and death, locusts from the Abyss, and more—often seem hopelessly complex to today's readers and have led to egregious misunderstanding and misinterpretations. But as Tremper Longman demonstrates in Revelation Through Old Testament Eyes, this confusion arises from unfamiliarity with symbolism that Revelation's first readers readily comprehended. In large part, the imagery arises from first-century AD Greco-Roman culture and from the Old Testament, with its own background in ancient Near Eastern literature. Through its unmistakable Old Testament connections, Revelation exhorts readers to persevere in the present and place their hope in God for the future.

▼▲
I'm the author/artist and I want to review Revelation Through Old Testament Eyes.
Back
Back