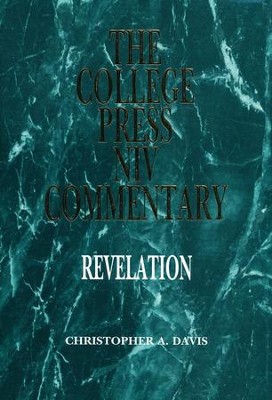 ▼▲
Dr. Davis places Revelation in its historical, cultural, and literary setting, showing how the book would have been understood by the Christians for whom it was written. He draws on Jewish, Christian, Greek, and Roman writers from biblical times in seeking to discern the meaning of the book's vivid symbols. He thus bases his interpretation of Revelation on objective evidence, rather than on subjective speculation.

By calling his work "The Revelation of Jesus Christ," John shows that his purpose is not to conceal but to reveal. Dr. Davis's clear, well-organized, historically and biblically based explanation of Relevation makes this difficult book accessible to general readers.

The commentary was written for the general reader of the Bible who desires to understand Revelation as John intended it to be understood. In providing a clear, nontechnical exposition of Revelation, Dr. Davis draws on his years of experience in teaching the book to teens and adults in college and church settings.

▼▲
I'm the author/artist and I want to review Revelation: The College Press NIV Commentary.
Back
×
Back
×