Skip to main content
NEW CYBER DEALS Save up to 90% thru 12/12  shop now >
Position and Responsibility: Jurgen Habermas, Reinhold Niebuhr, and the Co-Reconstruction of the Positional Imperative - eBook
By: Ilsup Ahn
Stock No: WW110523EB 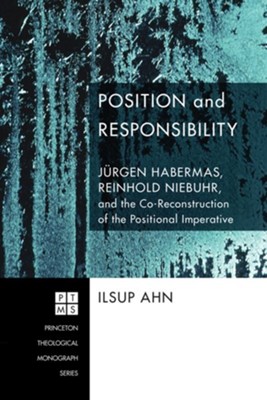 Position and Responsibility: Jurgen Habermas, Reinhold Niebuhr, and the Co-Reconstruction of the Positional Imperative - eBook

▼▲
What is the moral criterion for those who hold power positions and authority in governments, corporations, and institutions? Ahn answers this question by presenting the concept of the positional imperative. The positional imperative is an executive moral norm for those who hold power positions in political and economic organizations. By critically integrating the Neo-Kantian reconstructionism of Jurgen Habermas with the Neo-Augustinian reconstructionism of Reinhold Niebuhr, through the method of "co-reconstruction," Ahn identifies the positional imperative as an executive moral norm embedded in all power positions: "Act in such a way not only to abide by laws, but also to come by the approvals of those affected by your positional actions." By uncovering this executive moral norm, Ahn argues that a position holder is not just a professional working for the system, but a moral executive who is willing to take the responsibility of his or her positional actions.

▼▲
Ilsup Ahn is Assistant Professor of Philosophy at North Park University, where he teaches philosophical, religious, and social ethics.

▼▲
I'm the author/artist and I want to review Position and Responsibility: Jurgen Habermas, Reinhold Niebuhr, and the Co-Reconstruction of the Positional Imperative - eBook.
Back
Back