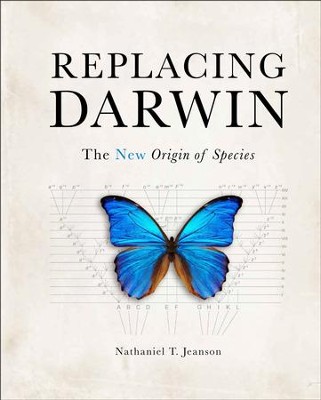 Since Darwin’s On the Origin of Species was published in 1859, entirely new fields of science have been born and matured – fields which hold the keys to the origin of species. But what if Darwin was looking at the same evidence today using modern science; would his conclusions be the same? With a Ph.D. in cell and developmental biology from Harvard, Dr. Nathaniel Jeanson is uniquely qualified to investigate what genetics reveals about origins, and has released his findings in the book Replacing Darwin: The New Origin of Species. Replacing Darwin offers a revolutionary approach to the study of origins with a potential impact as big as Darwin’s.

Anything else you'd like readers / listeners to know:  When Darwin published "On the Origin of Species" in 1859, he provoked a scientific revolution. After Darwin died, three scientific developments quietly rewrote his conclusions. This book chronicles these developments and their massive implications for the debate over the origin of species.

My purpose in writing this book is audacious: To effect another scientific revolution, one as big as Darwins.

Part of my role in this book is narrator--telling the stories of the discoveries made by countless other scientists who preceded me. The other role I play is active participant. This book records several of the key discoveries that I and my colleagues have made within the last few years.