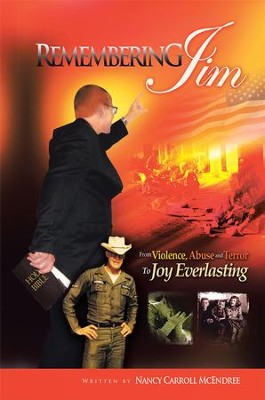 They called him White Chocolate. They were the black transient society who lived on the streets and back alleys with Jim in Raleigh and Jonesboro, North Carolina. They took care of one another; they had each others backs because they were the outcast, the dispensable, the displaced and forgotten, living in the asphalt jungle. They lived and existed any way they could. They were and are even today the pimps, the prostitutes, the drug and alcohol addicts, the homeless, and the mentally impaired who fall through the cracks of an unjust society that cares little about them and would rather not even see them. These throwaways of refined society loved Jim and gave him a sense of belonging. They helped Jim crawl out of the pit of hopelessness and ultimately into the unity and happiness with the family of God.

This is the true story of a severely abused child who modeled his dysfunctional upbringing and became a pitiless, selfish, absentee husband and father. Jim abandoned his family and became so despondent and nugatory that he hit the skids. While living in a halfway house and later on the streets in the ghetto, Jim went to school, earned a degree in divinity, and later became a pastor. Jim found his happiness in living with, teaching, and caring for these refugees who are oftentimes deemed as reprobates by an unmindful and uncaring society.

This is Jims story. I am his sister, and I wrote this narrative, as I lived some of it. The rest of the story I penned from the dying lips of a veteran who died from the toxic effects of Agent Orange that he was poisoned with while serving this country in the Korean War.

As I close this book of remembering, I open through tears and say, Jim, I miss you. I wrote your story and I didnt pretty it up!

▼▲
I'm the author/artist and I want to review Remembering Jim - eBook.
Back
×
Back
×