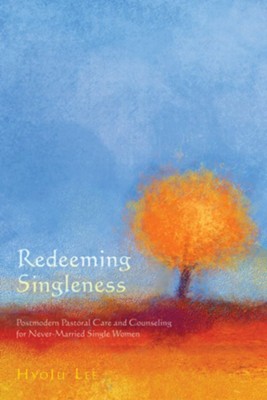 ▼▲
Have you made a New Year's resolution to get married out of nowhere? Did it work? When the author turned thirty, she put getting married on her New Year's resolution list, not because she wanted to get married or had a boyfriend but because of social pressure in which she lived. Social pressure made her think that if she wanted to ever get married, it was better to do so sooner than later. For three consecutive years, she prayed about it and made efforts to form relationships. After three years passed by, she was still single and unhappy. As she reflected on her unhappiness, she finally realized that she was not happy because she was not able to accomplish a goal that was ultimately out of her control. "How absurd it was to put 'get married' on my New Year's resolution!?" As she eliminated marriage from her New Year's resolutions and focused on what she really wanted to do with her life, her energy level was boosted. Although she did not have any tool to frame her singleness, she happened to choose the best course for her. Only if she knew the socially constructed characteristics of marriage, the first three years of her thirties would have been different. The author hopes ministers and never-married single women can learn what we think is normal is a very contextual product. The author invites never-married single women to own their own stories instead of being owned by metanarratives in their lives.

▼▲
HyoJu Lee is an adjunct professor at Mokwon University in Daejeon, South Korea. She is ordained by Korean Methodist Church. She obtained her MDiv from Drew University and PhD from Claremont School of Theology.

▼▲
I'm the author/artist and I want to review Redeeming Singleness: Postmodern Pastoral Care and Counseling for Never-Married Single Women - eBook.
Back
Back