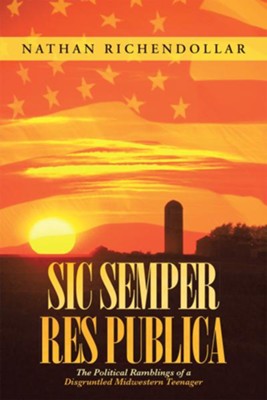 Sic Semper Res Publica describes how America is following down the road of the Roman Republic, Ming Chinese Dynasty, Tokugawa Shogunate, and many other fallen civilizations. It was written by a sixteen-year-old AP student from Michigan who wrote it to preserve his sanity as he observed what happened around him in the past decade. It discusses the Founders idea for a republic, the threats we face from oligarchy, socialism, corporations, government, and a lack of morals alike, and stresses the need for self-enlightenment and honesty in society. Learn how to stop Americas demise and fight for our experiment in republican democracy!

▼▲
I'm the author/artist and I want to review Sic Semper Res Publica: The Political Ramblings of a Disgruntled Midwestern Teenager - eBook.
Back
×
Back
×