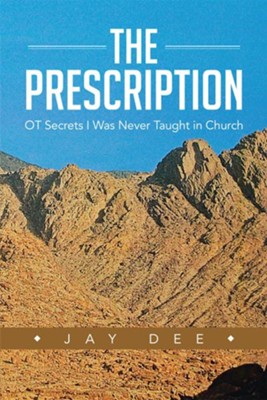 The Prescription: OT Secrets I Was Never Taught in Church - eBook

▼▲
The Friend of God

And the scripture was fulfilled which saith, Abraham believed God, and it was imputed unto him for righteousness: and he was called the Friend of God. (James 2:23)

In every instance where you find the word believe in either testament, it involves trust, obedience, fidelity, and behavior. To believe and not conform to that belief is unbelief! James is plain-spoken, allowing little room for modern word parsers to twist his meanings. In another verse, James plainly says faith without works is dead. If we are to believe James, then it's clear that faith and belief prescribe submission for our own good to the loving rule of divine authority, else they are dead!

The Prescription is not intended to be an entertaining storybook; rather it is a study book teaching righteous government.

It is a commentary on those aspects of the books of Moses that pertain mostly to godly government; personal, community, institutional, and state government. Although it addresses some religious aspects, its focus is upon the underlying principles of conduct which are both universal and eternal, whether one agrees with them or not. Wherever there are two or more in close proximity, there must be understanding and agreement in order to maintain harmony, without which either tyranny or anarchy will rule by force.

Anyone who disregards God's loving instructions for righteous behavior cannot rightly call himself the friend of God. This malady can be remedied by applying godly principles revealed in The Prescription.

▼▲
I'm the author/artist and I want to review The Prescription: OT Secrets I Was Never Taught in Church - eBook.
Back
×
Back
×