Skip to main content
Practical Piety with the Pilgrims
By: Hannah More
Stock No: WW037080 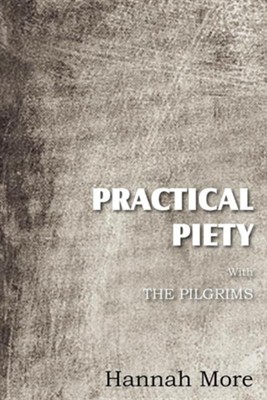 Practical Piety with the Pilgrims

▼▲
Includes two Hannah More books; Practical Piety and The Pilgrims. Christianity bears all the marks of a divine original. It came down from heaven, and its gracious purpose is to carry us up there. Its author is God. It was foretold from the beginning by prophecies, which grew clearer and brighter as they approached the period of their accomplishment. It was confirmed by miracles, which continued until the religion they illustrated was established. It was ratified by the blood of its Author. Its doctrines are pure, sublime, consistent. Its precepts just and holy. Christianity, though the most perfect rule of life that ever was devised, is far from being barely a rule of life. A religion consisting of a mere code of laws might have sufficed for man in a state of innocence. But man who has broken these laws cannot be saved by a rule which he has violated. What consolation could he find in the perusal of statutes, every one of which, bringing a fresh conviction of his guilt, brings a fresh assurance of his condemnation? The chief object of the Gospel is not to furnish rules for the preservation of innocence, but to hold out the means of salvation to the guilty. It does not proceed upon a supposition, but a fact; not upon what might have suited man in a state of purity, but upon what is suitable to him in the exigencies of his fallen state.

▼▲
I'm the author/artist and I want to review Practical Piety with the Pilgrims.
Back