Skip to main content
Why Politics Needs Religion: The Place of Religious Arguments in the Public Square
By: Brendan Sweetman
Stock No: WW828421 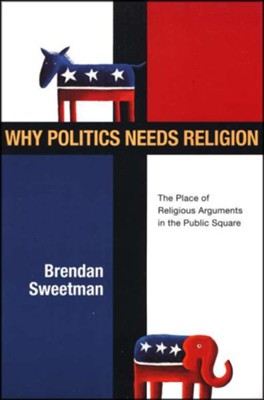 Why Politics Needs Religion: The Place of Religious Arguments in the Public Square

▼▲
The charge is often repeated that religion should not be mixed with politics. Brendan Sweetman counters that charge, arguing that beliefs of some sort are unavoidable, even by nonreligious persons, in addressing our most contentious public debates. Certain religious beliefs (but not all), he contends, belong in the public square and for good reason. In fact, Sweetman goes so far as to suggest that a secularism that rules out religious belief has little promise of contributing to a civil society where we can allow for reasonable disagreements. Religion is no danger when it takes its proper place in political debate.

▼▲
I'm the author/artist and I want to review Why Politics Needs Religion: The Place of Religious Arguments in the Public Square.
Back
Back