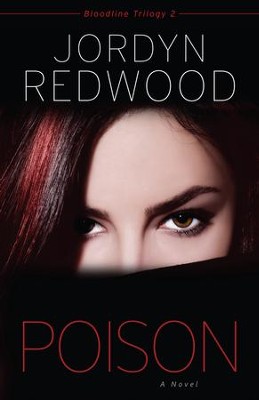 ▼▲
Jordyn Redwood, a specialist in critical care and emergencynursing, brings twists and suspense to the follow-up to her critically acclaimed debut, Proof.

Keelyn Blake's stepfather blamed a hallucination named Lucent for his unthinkable acts, culminating in a standoffwith the FBI that killed part of her family. Now Lucent is back-but this time he is no hallucination. Is he behind thedisappearance of Keelyn's half-sister? Or the mysterious deaths of the people involved in the standoff? And, will Keelyn, or her budding romance with FBI agent Lee Watson, survive?

For fans of inspirationl suspense fiction, Jordyn Redwood weaves compelling characters and dizzying twists that explore the boundaries of faith and family and what happens when both are put to the test.

▼▲
Five years ago, Keelyn Samuels's armed, mentally ill stepfather took her family hostage in their house in rural Colorado. She and her half-sister Raven made it out alive, but others did not. Authorities blamed the father's frequent hallucinations about a being named Lucent, but in the end, even the best of the FBI's hostage negotiators failed to overcome the man's delusions and end the standoff peacefully.

SWAT team member Lee Watson was there that day. He watched it all unfold and was able to pull Keelyn and Raven from the grip of their demon-possessed father. Though partially successful, his team had still failed, and the outcome of that day-and that tortured family-has continued to plague Lee ever since. Though unusual for SWAT to reconnect with survivors, Lee bumped into Keelyn two years after the crisis, and they both found some peace in their budding relationship. But peace is hard to maintain when the memory returns . . . in the flesh.

Lucent is back, and he's no hallucination. In fact, he is a very real person with dangerous motives. He has kidnapped Raven's daughter, and--Keelyn worries--maybe has hurt Raven as well. Though she is estranged from her sister, Keelyn feels the immediate need to find Raven and save what family she has left. But when others who were involved in that fateful day start dying, some by mysterious circumstances, Keelyn wonders if she and Lee can emerge unscathed a second time.

The highly anticipated second installment of the Bloodline Trilogy explores the boundaries of faith and family and what happens when both are put to the test.

▼▲
I'm the author/artist and I want to review Poison, Bloodline Trilogy Series #2.
Back
Back