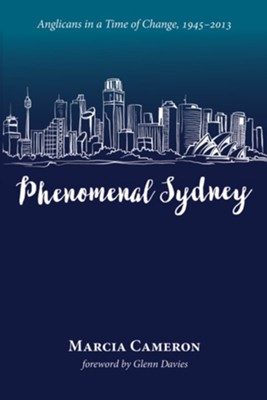 ▼▲
The Diocese of Sydney is admired, hated, loved, and feared. While often criticized as no longer Anglican, it has at its heart an adherence to classic Anglicanism. While to some it is a beacon in the darkness, to others it is like a threatening bushfire. It is very large, very wealthy, and very influential in other places. Its opposition to ordaining women priests, and, in many parishes, to women preaching, mystifies and angers many Anglicans within and outside its boundaries. What makes this diocese such a phenomenon? The answer lies in its history: in the men and women who shaped it, in a particular view of the authority of the Bible, and in the influence wielded by some powerful institutions that have prospered. Its energy comes from the Scriptural mandate for mission: to bring the outsider into the community of Christian people, but not to leave it there. To educate them in the knowledge of Christ in a variety of creative and imaginative ways. This book also looks at what Sydney has done badly. It may help readers to learn from its past achievements and its mistakes.