Skip to main content
BIBLE SALE OF THE SEASON: Save on over 2,100 Bibles thru 10/26. >
Pearls of Lutra: A Tale from Redwall - eBook
By: Brian Jacques
Illustrated By: Allan Curless
Stock No: WW84255EB 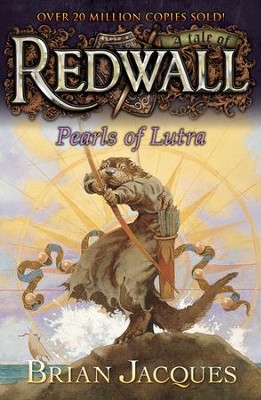 Pearls of Lutra: A Tale from Redwall - eBook

▼▲
Brian Jacques (www.redwallabbey.com) was born in Liverpool in 1939. He left school at age fifteen and found work as a docker, a truck driver, a policeman and a stand-up comic, all before turning his attention to writing. He wrote his first novel, Redwall, for the children at a school for the blind in Liverpool. Since 1986, his descriptive style of writing has captivated readers from age 8 to 80. His books have won international awards and acclaim and have been made into a TV series. He died in 2011.

▼▲
Praise for Pearls of Lutra

"Devoted fans of Jacques . . . will snap this off the shelf without any prompting."--School Library Journal

▼▲
I'm the author/artist and I want to review Pearls of Lutra: A Tale from Redwall - eBook.
Back
Back