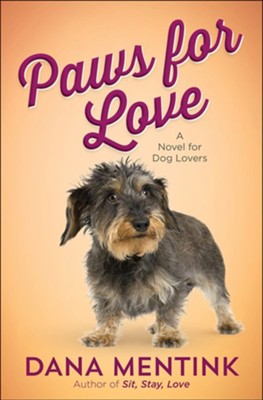 Lawrence Tucker is an almost washed out actor who brings his mischievous 10 pound terrier Jellybean to the small town of Albatross. Tucker persuades his socially awkward violin tutor, Misty Agnelli to dog sit for him. This is so out of her comfort zone, since she normally gives violin lessons through Skype. During her travels with Jellybean, she meets Bill Woodson, owner of The Chocolate Shop. The two are at opposite ends of the personality spectrum. Now thrown together by Jellybean, their lives will never be the same.

The Only Thing Sweet About Jellybean Is His Name

Jellybean the terrier is about to unleash some serious mayhem on the unsuspecting town of Albatross.

There's no quiet on the set when over-the-hill screen star Lawrence Tucker brings his naughty terrier, Jellybean, on location to the beachside town of Albatross, California. When Jellybean develops a rapport with Tucker's violin tutor, the painfully shy, socially awkward Misty Agnelli, her arm is twisted into minding the mischievous animal. Trailing Jellybean leads Misty into the candy store of Bill Woodson, a handsome chocolatier with a painful secret and a three-year-old niece to raise.

Misty must deal with the unstable Tucker, a temperamental Jellybean, her budding feelings for the mysterious Bill, and the high-pressure atmosphere on the set. Though she wants nothing more than to flee, how can she tell her Grandma, Lawrence Tucker's biggest fan, that she abandoned the star and his dog?

It's actors, animals, and antics galore when Jellybean gives his own heartwarming performance.

Dana Mentink is a multi-published, award-winning writer. When she’s not clacking away on the keyboard, she busies herself teaching third grade. Mostly, she loves to be home with her husband, two daughters, a rascally rescued terrier, a chubby box turtle, and a feisty parakeet.

▼▲
I'm the author/artist and I want to review Paws for Love #3.
Back
Back