Skip to main content
Get Christmas Ready Sale: Deals on over 1,150 titles thru 9/27.
Papua Pilot
By: Paul Westlund, Dane Skelton
Stock No: WW973022 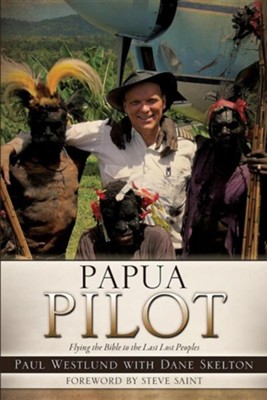 ▼▲
Paul Westlund lived an adventure that most men only dream, combining great skill with deep faith to meet the challenges of jungle aviation. What caused this pilot to risk his life, day after day, for twenty-five years, to help the last and the least of the peoples of the earth? What dangers did he face? What obstacles did he overcome? And what price was he willing to pay? These are the questions Paul Westlund answered in the memoir he was concluding days before his final flight. Each chapter, ripped straight from his logbooks, gives the reader a pilot's-eye view of flying and faith on the far side of the world. Praise for PAPUA PILOT You will enjoy Paul Westlund's stories - I'm sure they will captivate you as they have captivated me. Steve Saint, author of End of the Spear God's Word was precious cargo in Paul Westlund's life. He translated the truths of scripture into actions as he served others. Paul's accounts of difficult choices, hard lessons learned and God's love and grace at work in and through his life remind us that God's plan to reach the world includes each of us. Dr. Bruce Smith, President Wycliffe Associates I spent 27 years as an active duty U.S. Navy pilot and thought I had done it all in the world of aviation. Then I became acquainted with missionary pilots like Paul Westlund. This book is a must-read for aviation enthusiasts and people interested in missions. I highly recommend it Ernie Rogers Associate Dean School of Aeronautics Liberty University Paul Westlund was a missionary pilot who loved the people he served. He and LaVonne were married for thirty-two years and have two children and one grandchild. Dane Skelton is a pastor, a student pilot, and author.

▼▲
I'm the author/artist and I want to review Papua Pilot.
Back