We are OPEN and SHIPPING - click here for shipping estimates
PRE-SUMMER CYBER SALE: Shop over 2,500 items up to 90% off through 5/26 >
View all products in Music 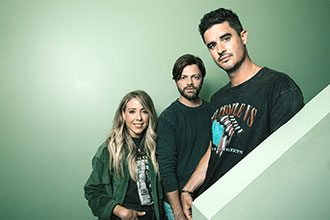 Since the late 1990s, the Passion movement has united millions of believers in worship and faith. Created by Louie and Shelley Giglio to serve college-aged Christians, the ministry's popularity quickly grew across the country, sparking a spiritual awakening on college campuses and beyond.

The yearly gathering features prominent authors and speakers alongside Passion's talented worship team, which over the years has showcased many of Christian music's top songwriters and artists. The Passion Band has released over two dozen live and studio recordings of engaging worship anthems and celebrations of faith, including many of the church body's most regularly performed songs.

Uplifting music comes in all styles, from lyrically focused contemporary Christian music (CCM) to the community engaging aspects of worship music, soulful and celebratory gospel music to reverent and timeless Christian hymns. Whether describing the joys and struggles of Christian life, presenting true testimony, or singing directly from Scripture, Christian music covers the spectrum of popular music styles without any of the troubling content. Find the lastest music from popular and trending artists, including Lauren Daigle, Chris Tomlin, Casting Crowns, Hillsong Music, MercyMe, TobyMac, Skillet, Crowder, Newsboys, and many more. Whether you're looking for music for church or a specific ceremony, or for your own personal listening enjoyment, find the latest hits, timeless classics, and engaging deep cuts from today's Christian music.