Pioneers, the Gold Rush, the Alamo, the Trail of Tears, & More 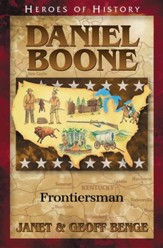 Read about Daniel Boone, American pioneer and frontiersman! Boone explored Kentucky along with the Shawnee and brought the knowledge of the Cumberland Gap to others living in the East. A living legend in his own day, biographies of Boone are a fantastic "living books" addition to Westward Expansion studies.

When Daniel Boone: His Own Story was first published in the early 1800s, it served to set the record straight once and for all on the mythic Daniel Boone, and established him as a new American hero. The first part of the book is told in Boone's own words and spans twenty-five years of his life, from 1769, through the Revolutionary War, and up to 1784. The second section was written by Frances Lister Hawks as a biography, and traces Boone's life from childhood up to his death in 1818.

The Trail of Tears 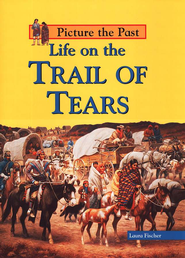 The Trail of Tears was the forced removal of the Choctaw, Cherokee, Seminole, and others by President Andrew Jackson after he and Congress passed the Indian Removal Act of 1830.

Life of the Trail of Tears describes what life was like for the Native American people on the Trail of Tears during the winter of 1838 to 1839. The trail took the Native Americans west to land called Indian Territory. While many tribes walked the trail, this book focuses on the story of the Cherokee. Illustrated with drawings and paintings from the time period and with artists' ideas of how things looked on the trail.

The first black woman in Los Angeles to own property and later becoming one of California's wealthiest African American women, Biddy Mason never dreamed of becoming a pioneer. She was forced to by her master, to whom she had been given as a "wedding gift" at just eighteen years of age. Walking 1700 miles across the Great Plains, Biddy herded cattle, set up camp, fed a large family, and cared for her master's sickly wife-all with a nursing baby on her hip. Though small in stature, Biddy had an indomitable spirit, braving bitter cold, thunderstorms, hailstorms, blistering heat, and blistered feet. After gaining her freedom in California, Biddy put all her knowledge, skill, and resourcefulness to good use, delivering babies, healing the sick, and feeding the hungry. Known for her charity and generosity, Biddy cared for the afflicted during the smallpox epidemic, founded the First African Methodist Episcopal Church in Los Angeles, started schools for black children, and visited jail inmates. Her grateful community lovingly called her Grandma Mason-the woman who lived by the gospel of the "open hand." 64 pages, softcover. Grades 1 and up. 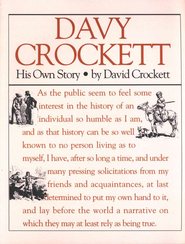 "Remember the Alamo!" is a cry that's still remembered in American history. Learn about Davy Crockett and the famous last stand at the Alamo.

California’s historic coastline, agriculture, missions, giant redwood forests, rancherias, and the wild days of trappers, pirates, and the Gold Rush are vividly brought to life by the award-winning storyteller, May McNeer and master lithographer, Cornelius DeWitt. In this reissue of the classic picture book, the dramatic history and the development of the diverse culture and traditions of the Golden State are told with delightful detail and vibrant illustrations. 36 pages, softcover.