The Philosophy of Spelling You See

The Five Developmental Stages of Spelling

Spelling You See is research-based and based upon the finding that all students move through the same sequence of stages as they are learning to spell. Stages can’t be skipped or sped up. Although the stages children move through are the same, the pace at which they move through each stage is unique to each child.

The developmental process of spelling is similar to what children go through when learning to walk. They need to develop the prerequisite skill of crawling before they can move on to walking and then running. In the same way, this program guides your student through the stages in the process of learning to spell.

All students move through these five stages sequentially as they learn to spell:

Before children can read, write, or spell, they must first acquire some fundamental understandings about language. 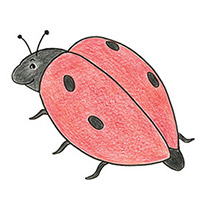 This process occurs during the preliterate stage. As children experience the printed page, both as a result of watching books being read and of exploring books on their own, they develop concepts of print. For example, they become aware that English words are written from left to right and flow from the top to the bottom of the page. Beginning writing experiences might include “pretend writing” with scribbles or random marks that eventually become more linear. Children then learn to write actual letters, often beginning with their own names, showing words as strings of letters or letter-like symbols. These activities lay the foundation for the language skills that are developed in the next stage.

The second developmental stage is auditory. 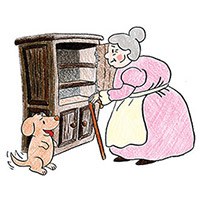 As children are increasingly exposed to language, they develop phonemic awareness—the ability to distinguish the individual sounds that make up spoken words in English. They then relate these sounds to print by understanding that letters represent sounds, letters make up words, and that each word looks different.

In the phonetic stage, most instruction involves helping children match individual sounds in words to their corresponding letters, usually starting with their own names. They often use all capital letters and spell words incorrectly. For example, they may spell KAT for cat, MI for my, LUV for love, and U for you. Silent letters in words like bake or lamb may be omitted. Instructors welcome these spellings as an indication that the student is beginning to understand sound-to-letter correspondence. Children arrive at the end of the phonetic stage once they have learned the basic rules of phonics and can actively apply them to both reading and spelling.

This third developmental stage is the most difficult, the most critical, and the longest for emerging spellers. 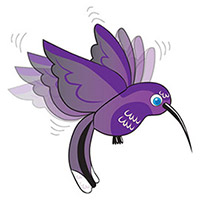 It usually begins by the end of first grade, once children have cracked the basic phonetic code and are progressing rapidly in reading. As students learn the phonics rules needed to develop reading skill, they are able to apply these rules to their spelling. Problems often arise, however, when children become aware of words that are not spelled phonetically, such as house, there, and said. Phonics rules need to be de-emphasized at this stage because they are no longer needed to help the student learn to read. In fact, over-teaching phonics at this stage can actually create unnecessary confusion in spelling. The overriding neurological principle is that, because of the numerous inconsistencies in our language, new and different spellings must be connected to context in order for the new information to be linked correctly and permanently to long-term memory. As students encounter new vocabulary over several grade levels, spelling skill increases as they apply consistent strategies to master more complex spelling patterns and a greater number of irregularly-spelled words.

The critical thing to remember is that this is a stage—a developmental link to the stages that follow.Children are often in the skill-development stage through the late elementary years. It may seem repetitious to practice the same skills over and over again, year after year; however, if students do not master these skills, it is very difficult for them to move ahead in spelling development.

A much more complicated stage—the word-extension stage—focuses on syllables within words, as well as prefixes and suffixes.

In the upper elementary or intermediate grades, children often struggle with issues such as doubling consonants when changing the endings (pot/potting, but look/looking) and dropping the final e before adding an ending (love/loving, but excite/excitement). Other issues arise with words such as almost. Why isn’t it spelled allmost? Often the brightest children become the most confused or exasperated by these inconsistencies, but they eventually learn to master them as they move through this stage of development.

This final stage explores related words—those with the same derivation or origin— that usually have a consistent pattern despite changes in pronunciation. These words are often predictable if a student is familiar with word roots. Greek and Latin root study is helpful at this stage as mature spellers gain an understanding of how patterns and meaning are related. Students gain the most benefit from this stage if they begin derivational studies after basic vocabulary has been learned and a strong foundation has been built in the previous stages.

Those who set out to remember every letter of every word will never make it. Those who try to spell by sound alone will be defeated. Those who learn how to ‘walk through’ words with sensible expectations, noting sound, pattern, and meaning relationships, will know what to remember, and they will learn to spell English.

Teaching spelling can be difficult and frustrating. No matter how hard we work, and regardless of how many rules we learn, we always encounter exceptions. They are inevitable because the English language has evolved from so many different languages. We cannot consistently predict which pattern or rule will apply.

Most spelling programs are based on the premise that if children memorize a certain sequence of letters or words, they will become good spellers. The procedure is often to present a word list to the children on Monday, have them study it in various ways all week, take the test on Friday, and expect them to spell each word correctly the next time they write. This approach does not work well because the brain perceives these word lists as item knowledge. Without something meaningful to connect the words to — without linkage — the brain simply reverts to rote memory, storing the words for a few days and then discarding them. The words never make it into long-term memory.

The developmental process of spelling is similar to what children go through when learning to walk. They need to develop the prerequisite skill of crawling before they can move on to walking and then running. In the same way, this program guides your student naturally through the stages in the process of learning to spell.

Decades ago a linguist named Charles Read (1971) noticed that preschoolers made consistent and similar assumptions about words when they were trying to figure out how to spell. From that landmark observation, numerous other researchers from the University of Virginia, headed by Edmund Henderson, confirmed and extended Read’s work.

Their various studies suggested that spellers advance through a common progression, starting with sound-to-letter correspondence and moving toward more advanced and complicated spelling structures. Eventually, after years of observations and study, this group of university professors presented a model of developmental spelling based on the consistent, sequential stages through which all students move.