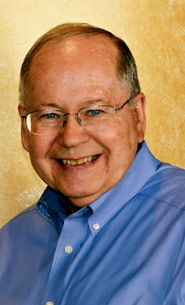 Dr. Richard Mabry retired from a distinguished career in medicine as a clinician, author, speaker, and medical school professor. His first non-medical book was The Tender Scar: Life After The Death Of A Spouse. From there he moved to writing medical suspense novels. His novels have been a semifinalist for International Thriller Writers’ debut novel, finalists for the Carol Award and Romantic Times’ Reader’s Choice Award, and winner of the Selah Award. He is the past Vice-President of the American Christian Fiction Writers and an active member of the International Thriller Writers.

Favorite Verse: Romans 8:28-29 And we know that in all things God works for the good of those who love him,[a] who[b] have been called according to his purpose. 29For those God foreknew he also predestined to be conformed to the likeness of his Son, that he might be the firstborn among many brothers.

Tough times also bring me around to Psalm 115:3. Our God is in heaven; he does whatever pleases him.