Joel C. Rosenberg is the New York Times bestselling author of ten novels & has an uncanny way of writing facts that happen into the future. 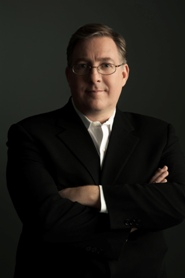 Joel C. Rosenberg has captured attention with his ability to pen masterful political thrillers that read as though they’ve been ripped from tomorrow’s headlines. An evangelical Christian from an Orthodox Jewish Heritage, Joel has an interesting and varied background as producer of two documentaries, author of bestselling non-fiction and fiction titles and working as communications advisor for a number of U.S. and Israeli leaders.

Drawing on his heritage, depth of studies and political experience in the Middle East, Joel Rosenberg has crafted eight gripping thrillers including – ‘The Last Jihad’, ‘The Last Days’, ‘The Ezekiel Option’, ‘The Copper Scroll’, ‘Dead Heat’, ‘The Twelfth Imam’, ‘The Tehran Initiative’ and ‘The Damascus Countdown’.

Favorite Verse – Joel 2:11, “The Lord thunders at the head of His army, unlimited are His forces and mighty are those who obey His command.”