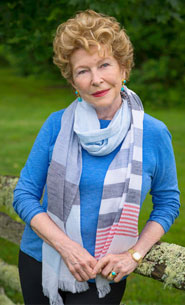 Jan Karon began working as a receptionist for an advertising agency. After leaving samples of her writing on her boss’s desk, her talents were finally noticed. For more than thirty years, she advanced in the company eventually leaving to develop a novel of her own. She imagined an Episcopal priest walking down a village street and started writing weekly installments about the character for a local newspaper, which later became At Home in Mitford, Jan’s first novel. The title has since been reprinted more than eighty times and today The Mitford Series contains fourteen titles. Jan has written children’s books and an illustrated book for all ages. Jan says her character-driven work seeks to give readers a large, extended family to call their own.