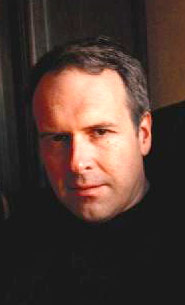 Don Brown, a former U.S. Navy JAG Officer, is the author of Zondervan’s riveting NAVY JUSTICE SERIES, a dynamic storyline chronicling the life and adventures of JAG officer ZACK BREWER. DON BROWN graduated from the University of North Carolina in 1982, and after finishing law school, continued his post-graduate studies through the Naval War College, earning the Navy’s nonresident certificate in International Law. During his five years on active duty in the Navy, Don served in the Pentagon, was published in the Naval Law Review, and was also a recipient of the Navy Achievement Medal, the Navy Commendation Medal, and the National Defense Service Medal. He is a member of the Board of Advisors for the newly-formed ARMED FORCES MUSEUM AND ARCHIVES OF THE CAROLINAS, currently being built in Mint Hill, North Carolina, just outside of Charlotte.

Favorite Verse: 2 Timothy 4:7 - "I have fought the good fight, I have finished the race, I have kept the faith."