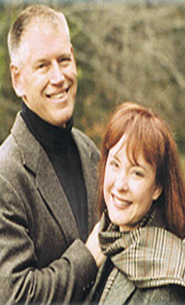 Bodie's Favorite Verse: Psalms 37:3-5 Trust in the Lord and do good; dwell in the land and enjoy safe pasture. Delight yourself in the Lord and he will give you the desires of your heart. Commit your way to the Lord; trust in him and he will do this.

Brock Thoene: Jeremiah 29:11 For I know the plans I have for you," declares the Lord, “plans to prosper you and not to harm you, plans to give you a hope and a future.