View all products in eBooks

Read your favorite book on devices you already own. More than 70,000 eBooks including Christian Fiction, Christian Living, Bibles, Children, personal growth, and more! 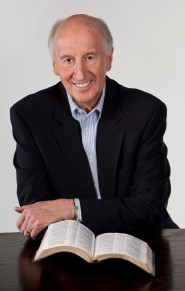 Jack Hayford was founding pastor of The Church On The Way and Chancellor Emeritus of The King's University (formerly The King's College and Seminary), which he founded in 1997. He also served as president of The International Church of the Foursquare Gospel (2004-2009). He has written more than 50 books and hundreds of hymns and choruses. His national radio and television programs span the world. Pastor Hayford passed away on January 8th, 2023.

Christianbook.com eBooks can be read on desktop and laptop computers, as well as smartphones (iPhone, Android), tablets and eReaders.