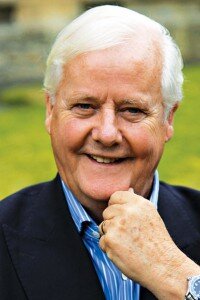 Os Guinness (DPhil, Oxford) is the author or editor of more than thirty books. A frequent speaker and prominent social critic, he has addressed audiences worldwide from the British House of Commons to the U.S. Congress to the St. Petersburg Parliament. He founded the Trinity Forum and served as senior fellow there for fifteen years.

Born in China to missionary parents, he is the great-great-great-grandson of Arthur Guinness, the Dublin brewer. After witnessing the climax of the Chinese revolution in 1949, he was expelled with many other foreigners in 1951 and returned to England where he was educated and served as a freelance reporter with the BBC. Since arriving to the U.S. in 1984, he has been a guest scholar at the Woodrow Wilson Center for International Studies and a visiting fellow at the Brookings Institution.

Guinness has had a lifelong passion to make sense of our extraordinary modern world and to stand between the worlds of scholarship and ordinary life, helping each to understand the other - particularly when advanced modern life touches on the profound issues of faith. He lives with his wife Jenny in McLean, Virginia, near Washington, D.C.

What is "revolutionary faith"? And if there is to be an uprising, should it resemble secular upheavals (such as in 18th-century France)—or Israel's faith-led transformation in the Sinai desert? Referencing Exodus as humanity's true "Magna Carta," Guinness offers a thought-provoking framework for discerning between the two models—citing their different views of human nature, equality, and liberty.