Skip to main content
OUR BIGGEST BARGAIN SALE EVER: Over 6,000 deals at never-seen-before prices ~ through 8/23. Shop now >

God's Word is now available in a study Bible that paints a stunning canvas of the goodness of God’s redemptive plan revealed in the gospel of Jesus.

The NIV Grace and Truth Bible has been compiled by a group of scholars and pastors who have taken great care to present the Gospel to all believers, whether they are new to the Christian faith or have been following Christ for most of their lives. The study and observational notes that fill this Bible have a passion and sincerity to them that compel you to read further; a merging of the earnestness in evangelizing the unbeliever and the compassion to warm the heart of a weary believer who has been battered by the struggles of life. A balance is found between the stark truth of God with His graciousness in our pain and this Bible will lead you into a lifelong study of God's redemptive story. 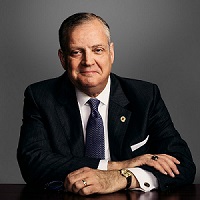 Edited by one of America's most influential evangelicals, Dr. R. Albert Mohler Jr. serves as president of The Southern Baptist Theological Seminary – the flagship school of the Southern Baptist Convention and one of the largest seminaries in the world. Widely sought as a columnist and commentator, Time.com called him the “reigning intellectual of the evangelical movement in the U.S.” Author of a popular blog and a regular commentary, available at AlbertMohler.com, and hosts two podcasts: The Briefing and Thinking in Public. He is the author of many books, including We Cannot Be Silent and The Prayer that Turns the World Upside Down, and has appeared in the New York Times, the Wall Street Journal, USA Today, and on programs such as NBC's Today, ABC's Good Morning America, and PBS NewsHour with Jim Lehrer. He and his wife, Mary, live in Louisville, Kentucky. 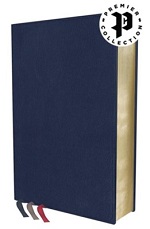