The New International Version (NIV) is the world’s bestselling modern-English Bible translation—accurate, readable, and clear, yet rich with the detail found in the original languages. The NIV is the result of over 50 years of work by the Committee on Bible Translation, who oversee the efforts of many contributing scholars. Representing the spectrum of evangelicalism, the translators come from a wide range of denominations and various countries and continually review new research to ensure the NIV remains at the forefront of accessibility, relevance, and authority. Every NIV Bible that is purchased helps Biblica translate and give Bibles to people in need around the world. To learn more, visit www.thenivbible.com.

One Man’s Vision for the NIV 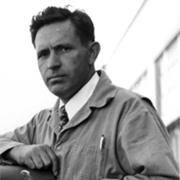 Howard Long, an engineer from Seattle, was known for his passion for sharing the gospel and his love for the King James Bible. One day, he tried sharing Scripture with a non-Christian—only to find that the KJV’s 17th-century English didn’t connect.

In 1955, Long embarked on a ten-year quest for a new Bible translation that would faithfully capture the Word of God in contemporary English. Eventually his denomination, the Christian Reformed Church (CRC), and the National Association of Evangelicals (NAE) embraced his vision for the NIV. Evangelicals Unite for a New Bible Translation

In 1965, a cross-denominational gathering of evangelical scholars met near Chicago and agreed to start work on the New International Version. Instead of just updating an existing translation like the KJV, they chose to start from scratch, using the very best manuscripts available in the original Greek, Hebrew, and Aramaic of the Bible. One year later, their decision was endorsed by a gathering of 80 evangelical ministry leaders and scholars. And so the Committee on Bible Translation (CBT), the self-governing body responsible for the NIV, was born.

To ensure maximum accuracy and readability, the NIV went through perhaps the most rigorous translation process in history. First, each book of the Bible was assigned to a translation team consisting of:

• One English style consultant (if necessary)

Then another team of five Bible scholars reviewed their work, carefully comparing it to the original biblical text and assessing its readability. From there, each book went to a general committee of 8 to 12 scholars. As part of the final review, outside critics gave feedback. Samples were tested with pastors, students, and laypeople. Perhaps no other Bible translation has gone through a more thorough process to ensure accuracy and readability.

From Dream to Reality

In 1968, Biblica (then the New York Bible Society) came on board as the NIV’s financial sponsor, mortgaging its office space in Manhattan and New Jersey so that Howard Long’s dream of a trustworthy, accessible Bible translation would become reality. Ten years later, the full NIV Bible was published. The initial print run of over a million copies sold out before they were even done printing. Such was the demand for an accurate, readable Bible. Dozens of evangelical denominations, churches, and seminaries embraced the NIV as their official Bible translation for preaching, study, public reading, and personal use.

The Translation Work Goes On

The translators’ work didn’t end when the NIV was published in 1978. The original mandate, given in 1965, was to continue the work of Bible translation, ensuring that the NIV always reflects the very best of biblical scholarship and contemporary English. The Committee on Bible Translation still meets every year, reviewing the work in painstaking detail—because when translating God’s inspired Word, it’s all about getting the words right.

When the books of the Bible were first written, they spoke clearly to people in their heart language. There was no gap between hearing God’s Word and understanding it. The translation philosophy of the New International Version (NIV) is to recreate this experience for you in contemporary English.

Sometimes the Bible can feel like a foreign book. But that’s not how it felt to its original audience. The Scriptures captured exactly what God wanted to say to them in their everyday language and idiom. Those who heard God’s Word could understand it. To be sure, there are plenty of things for us to wrestle with in the Bible. But your translation shouldn’t be one of them. That’s the translation philosophy behind the New International Version (NIV): giving you the most accurate text possible in clear, natural English.

Some Bible translations focus on the way Scripture was written—the form, grammar, even the word order of the original. The difficulty is that no two languages follow the same set of rules. That’s why translating Scripture is more than a matter of replacing Greek or Hebrew words with English equivalents.

Other Bible translations focus on the meaning of Scripture, helping you grasp the message of the Bible in your own words. The challenge with this approach is that if you stray too far from the form of the text, you might miss some of the subtle nuances—literary devices, wordplays, etc.—found in the original.

In 1978, the NIV pioneered a different approach: balancing transparency to the original with clarity of meaning. Our view is that if the first people to receive the Bible could understand God’s Word the way it was written, you should be able to as well.