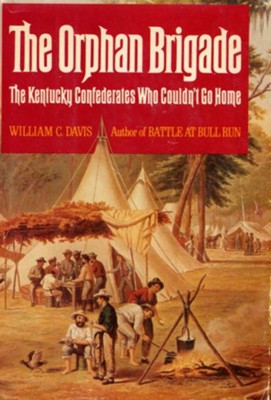 ▼▲
William C. Davis is the editor of the Civil War Times Illustrated and President of the National Historical Society. Widely acclaimed as a distinguished historian on the Civil War, he is the author of such books as The Battle at New Market and Duel Between the First Ironclads, and the award-winning Breckinridge: Statesman, Soldier, Symbol. Mr. Davis received the 1977 Fletcher Pratt Award for the most significant contribution to Civil War history. His most recent work, The Battle of Bull Run, was nominated for a Pulitzer Prize.

▼▲
I'm the author/artist and I want to review The Orphan Brigade: The Kentucky Confederates Who Couldn't Go Home - eBook.
Back
×
Back
×