Skip to main content
BIBLE SALE OF THE SEASON: For a Limited Time ~ Save on over 1,100 Bibles!
Numbers-Ruth, Revised: The Expositor's Bible Commentary
By: Tremper Longman III, David E. Garland, Ronald B. Allen
Stock No: WW234944 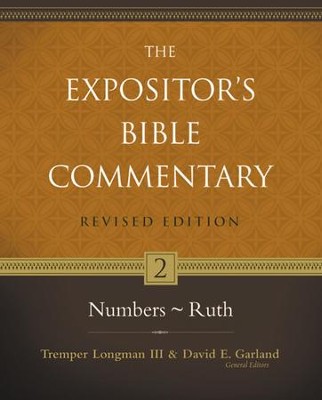 ▼▲
With 60% new content and 30 additional contributors, this thoroughly revised commentary represents the best in trustworthy scholarship. Its features include comprehensive introductions, short and precise bibliographies, detailed outlines, insightful expositions, reviews of important issues, textual criticism, transliterations and translations of Hebrew and Greek words, a balanced approach to differences of opinion, and more. 1360 pages, hardcover from Zondervan.


Ronald B. Allen is senior professor of Bible exposition at Dallas Theological Seminary. He earned a Th.M. degree (1968) and Th.D. degree (1973) from Dallas in studies in biblical Hebrew. He has also been awarded the D.D. degree from Rocky Mountain Bible College and Seminary (2009). Dr. Allen has written more than a dozen books, principally on the Psalms and worship, as well as the commentary on the book of Numbers (EBC Revised). Ron has been married to Beverly for forty-nine years. They have four grown children, three of whom are married, and ten grandchildren.
Michael A. Grisanti is Professor of Old Testament at The Master’s Seminary. He has written numerous journal and periodical articles and assisted in various editorial projects including contributions to The New International Dictionary of Old Testament Theology and Exegesis (Zondervan, 1997) and Eerdmans Dictionary of the Bible.
Mark J. Boda (PhD, University of Cambridge) is Professor of Old Testament and Hebrew at McMaster Divinity College in Hamilton, Ontario, Canada. An ordained minister, he enjoys regular preaching opportunities across Canada. He is the author of Praying the Tradition and the editor of a collection of scholarly essays on Zechariah 9-14, Bringing Out the Treasure.
George M. Schwab, PhD from Westminster Theological Seminary, presently associate professor of Old Testament at Erskine Theological Seminary.

▼▲
I'm the author/artist and I want to review Numbers-Ruth, Revised: The Expositor's Bible Commentary.
Back
Back