BIG SUMMER BLOWOUT: 3 Days Only! Save up to 90% thru Wednesday. Shop now >
Not by Sight, A Novel
By: Kate Breslin 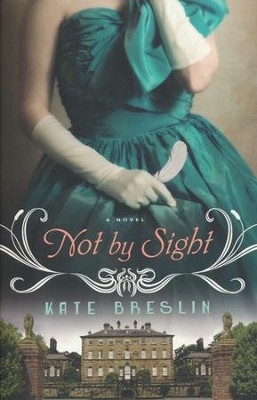 Not by Sight, A Novel

▼▲
Consumed by patriotism and concern for her brother on the front lines of World War I, wealthy suffragette Grace Mabry sneaks into a posh London masquerade ball to pass out white feathers of cowardice---and hands one to Jack Benningham. But is this highbrow "conscientious objector" something other than what he seems? 400 pages, softcover from Bethany.

With Britain caught up in WWI, Jack Benningham, heir to the Earl of Stonebrooke, has declared himself a conscientious objector. Instead, he secretly works for the Crown by tracking down German spies on British soil, his wild reputation and society status serving as a foolproof cover.

Blinded by patriotism and concern for her brother on the front lines, wealthy suffragette Grace Mabry will do whatever it takes to assist her country's cause. When she sneaks into a posh London masquerade ball to hand out white feathers of cowardice, she never imagines the chain of events she'll set off when she hands a feather to Jack.

And neither of them could anticipate the extent of the danger and betrayal that follows them--or the faith they'll need to maintain hope.

▼▲
A Florida girl who migrated to the Pacific Northwest, Kate Breslin was a bookseller for many years. She is the author of For Such a Time and lives with her husband in Seattle, Washington. Find her online at www.katebreslin.com.