Nimrod-Darkness in the Cradle of Civilization
By: Steven Merrill
Stock No: WW678431 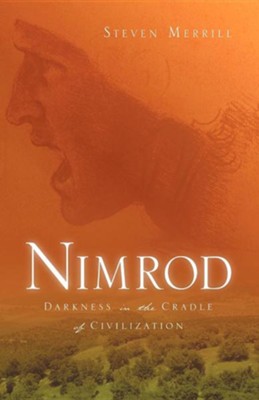 Nimrod-Darkness in the Cradle of Civilization

▼▲
The Bible barely mentions his name, but people of antiquity knew him well. Who was Nimrod? How could such a man be of such importance to today's believer? God's history is replete with accounts of His followers suffering terrible persecution. People of today's world are largely unaware of a less known story, written by the blood of many believers at a time following God's destruction of the Old World. Nimrod was born into a New World, recently recreated by God. This virgin creation was untainted by the wickedness of the Old World. However, innocence did not last long. The prince of darkness wasted no time sowing seeds of rebellion in fertile hearts. He handpicked Nimrod to transform the New World into a cauldron of rebellion. The post-flood world began in present day Iraq. Several cities conquered by Nimrod are still in existence. The events happening in Iraq are not coincidental. The world will witness more conflict and fulfilled Bible prophecy in this ancient land-until God's Seed returns to fulfill Biblical prophecy.

▼▲
I'm the author/artist and I want to review Nimrod-Darkness in the Cradle of Civilization.
Back
×