Skip to main content
Nietzsche and Theology
By: Craig Hovey
Stock No: WW031521 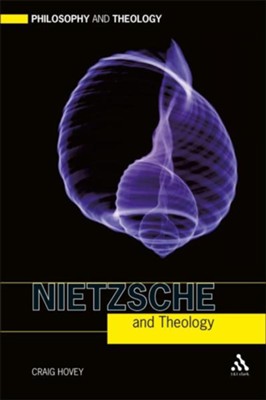 Over a century ago, Nietzsche famously declared the death of God, but this has hardly kept Christian theologians from making positive use of this "master of suspicion."
Nietzsche and Theology displays how his most generative and provocative ideas are also deeply theological and continue to teach Christians how to be Christians in the world in which they find themselves. Hovey highlights the constructive contributions that can emerge from receptively meeting Nietzsche as modernity's philosophical other. Unchained from resenting Nietzsche's "philosophical hammer," such encounters will surely reward those who journey into the far country of Nietzsche's Christianity.

The book examines Nietzsche's critiques of epistemology, culture, history, morality, and metaphysics for their importance not only in philosophical theology, but also in biblical and historical studies, theological ethics, and systematic theology. Hovey argues that Nietzsche's reception in theology continues to be of critical importance and explores new, constructive avenues for the use of Nietzsche in theology. If the death of God is not primarily a metaphysical assertion but a cultural diagnosis, modern secularization surely attests to Nietzsche's prescience, a quality that yields extraordinary promise when allowed to be heard.

▼▲
I'm the author/artist and I want to review Nietzsche and Theology.
Back