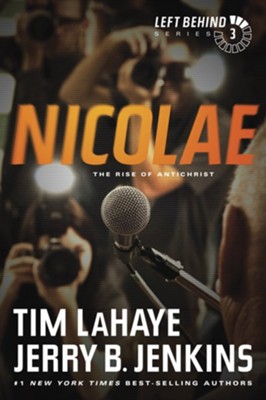 By: Tim LaHaye, Jerry B. Jenkins
More in Left Behind Series
Tyndale House / 2011 / ePub
Write a Review
In Stock
Stock No: WW19656EB

▼▲
It's been nearly two years since the mass disappearances. Nicolae Carpathia has become the head of the United Nations overnight, and pilot Rayford Steele, his daughter Chloe, and journalist Buck Williams---all believers now---stand against him. But can they---or anyone on Earth---overcome Nicolae? An action-filled, post-rapture drama that will hook you from page one.