The Name of God Is Mercy: A Conversation with Andrea Tornielli
By: Pope Francis 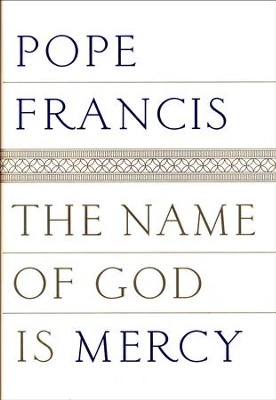 The Name of God Is Mercy: A Conversation with Andrea Tornielli

In The Name of God Is Mercy, Pope Francis talks about Mercy, a subject of central importance in his teaching and testimony. The first book published since he became Pope, he speaks to all men and women - both inside and outside of the Church - who are looking for  meaning in life, for a road to peace and reconciliation, for balm for their physical and spiritual wounds. In a conversation with Vatican expert Andrea Tornielli, he explains the reasons for his promotion of this extraordinary Holy Year of Mercy which runs from December 8, 2015 to November 20, 2016.

▼▲
Drawing on his own experience as a priest and shepherd for his book, Pope Francis discusses mercy, a subject of central importance in his teaching and testimony, and in addition sums up other ideas reconciliation, the closeness of God that comprise the heart of his papacy. Written in conversation with Vatican expert and "La Stampa" journalist Andrea Tornielli, it is directed at everyone, inside or outside of the Catholic Church, seeking meaning in life, a road to peace and reconciliation, or the healing of physical or spiritual wounds."

Andrea Tornielli is a veteran Vatican reporter, correspondent for La Stampa, and director of the Vatican Insider website. He also writes for a variety of Italian and international magazines. His publications include the first biography of the Pope, Francis: Pope of a New World, which was translated into sixteen languages, and This Economy Kills: Pope Francis on Capitalism and Social Justice, which was translated into nine languages.

▼▲
"In The Name of God Is Mercy, Francis speaks succinctly—and with refreshing forthrightness. . . . He emphasizes moral sincerity over dogma, an understanding of the complexities of the world and individual experience over rigid doctrine. . . . The pope has an easy conversational style that moves effortlessly between folksy sayings and erudite allusions, between common-sense logic and impassioned philosophical insights."—Michiko Kakutani, The New York Times

"A book on mercy might be expected to be a warm bath in kindliness, all sweetness and light, but Pope Francis, in The Name of God Is Mercy, offers a tough-minded reflection on an urgently needed public virtue, together with firm, if kindly, pushback against his critics. . . . What makes his book most moving is the way in which this man, without disrespecting his own privacy or offering false bromides of modesty, opens the sacred space of his conscience to explain how he came to center his ministry, and now his papacy, around mercy. . . . His new book comes out toward the start of the Extraordinary Jubilee of Mercy, which he inaugurated in December, in a centuries-old ritual, by unlocking the ceremonial Holy Door of St. Peter’s Basilica. The Church of which Jorge Mario Bergoglio became Pope, nearly three years ago, was itself a locked door. As Francis, he has, exactly, found a ’tiny opening.’ He is pushing, and, to universal surprise, the door is beginning to swing open."—James Carroll, The New Yorker

"As he has done throughout his papacy, Pope Francis shows in this book a compelling way to present God’s love anew to a skeptical world without denying the ancient teachings of faith. But now he is challenging the entire Church to trek a new way forward. Francis wants us to focus our energy on the 99% who need to experience once more the greatest realities of our faith."—Time

"The Name of God Is Mercy reminds me of John Paul II’s 1994 book, Crossing the Threshold of Hope. . . . But while John Paul II relied on Gospel passages, theological scholars and past papal pronouncements, Francis enjoys sharing personal stories of God’s grace and mercy in the lives of parishioners from his native Argentina, people he has known and who have recognized themselves as sinners."—The Washington Post

"Powerful . . . Francis’s book signals a plea for a change of attitude on the part of the faithful and their pastors. . . . Bishops and priests will talk and quarrel over the text for months, even years to come. And that, perhaps, is what Francis intends: a disruption of the status quo; a call for open-ended discussion about conscience, and sin, based on new priorities. He has started the conversation by setting compassion for the poor, oppressed and deprived of the world above casuistic rule-keeping."—Financial Times

"Pope Francis lays out his case for emphasizing the merciful face of the Catholic Church in his first book as pontiff, saying God never tires of forgiving and actually prefers the sinners who repent over self-righteous moralizers who don’t."—Associated Press

"[Pope Francis] deepens his calls for a more merciful Catholic Church. . . . The question-and-answer book is told in simple, breezy language, with the pope referring to experiences and people in his own life including a niece and prisoners he has visited."—Newsday

"Pope Francis has offered his most detailed outline yet for the role of the Catholic church in the modern era, saying in a new book-length interview the church needs to follow Jesus’ example more closely. . . . ’At times I have surprised myself by thinking that a few very rigid people would do well to slip a little, so that they could remember that they are sinners and thus meet Jesus,’ Francis states."—National Catholic Reporter

▼▲
I'm the author/artist and I want to review The Name of God Is Mercy: A Conversation with Andrea Tornielli.
Back
×
Back
×