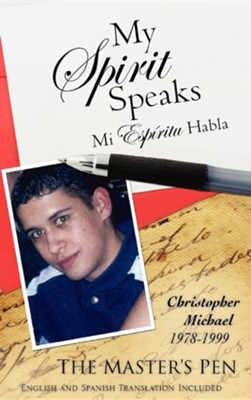 ▼▲
The author is the founder and CEO of Live Now Ministries, Inc. which has operated in Texas for over twenty-five years. Live Now has received State and National awards which include, America's 845th Point Of Light presented by President George H. Bush. An ordained minister and board certified Christian counselor, she has aided in the needs of veterans and military families. Her ministry includes schools, detention centers and family counseling. Aaron and Erica's Garden, her most recent publication is the result of many questions and problems with which we are faced. The book presents stories from the bible narrated in a manner pertaining to today's world. In January 1999, a few days shy of his twenty-first birthday, Christopher Michael committed suicide in a haze of depression, self-loathing, and drug addiction. He left behind a loving family, which is still trying to understand what happened to this promising young man, and why. Evocative poetry, alternated with short autobiographical vignettes written from Christopher's point of view, as if in his own voice, reveal a soul in torment, a young man who knew deep within that he was loved and who loved in return, but who was unable to trust in God to do battle with the outside forces of evil which had taken over his life. Christopher's book is not his story but his message, "Choose Life " After numerous requests for a Spanish translation we have included it in this publication.

▼▲
I'm the author/artist and I want to review My Spirit Speaks.
Back
×