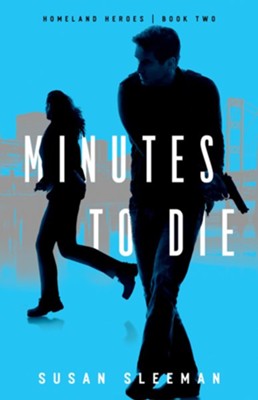 ▼▲
It's the intel every agent fears--terrorists have been smuggled into the country, intent on unleashing the most deadly attack since 9/11. With the threat imminent, FBI Agent Kiley Dawson and ICE Agent Evan Bowers are charged with taking down this terrorist cell. The only problem is Kiley blames Evan for the death of her former partner, and she can barely be in a room with him. But with millions of lives on the line, she has no choice.

If it wasn't for a bad call Evan made, Kiley's former partner would still be alive, and Evan has to live with that guilt for the rest of his life. When he starts falling for her, the agent's death seems an impossible obstacle--but it's also the last thing he needs to think about. As the terrorist plot targets Kiley's family, the two are pushed to the breaking point in a race to save countless lives.

▼▲
Susan Sleeman is the bestselling author of more than 35 romantic suspense novels with more than 1 million books sold. She has won several awards, including the ACFW Carol Award for Suspense for Fatal Mistake, and the Romantic Times Reviewers' Choice Award for Thread of Suspicion. In addition to writing, Susan also hosts www.thesuspensezone.com. She has lived in nine states but now calls Portland, Oregon, home. To learn more about Susan, visit her website at www.susansleeman.com.