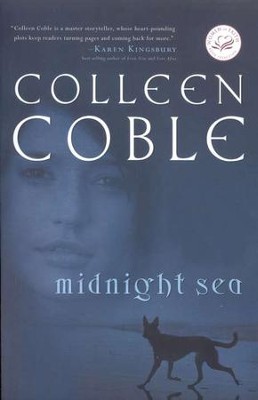 ▼▲
When attacked while working at her aunt's coffee farm, Lani Tagama awakens to only darkness. Her sight gone, maybe forever, Lani asks guide dog trainer and ex-cop Ben Mahoney to help figure out who is after her--and why. When Ben's family is killed in a boating accident and only his small niece Meg survives, he's sure Lani remembers more than she is saying. The tentacles of danger reach down the road to an orchid farm and stretch back thirty years to a hippie colony on Kaui.

"Lani opened her eyes fully, straining to see something, anything. It was as though she swam in a black sea that blacked out all light, all visual sensation. 'I can't see,' she whispered. 'I can't see!' Her shriek rose and echoed off the blackness."

A seemingly random shooting at her aunt's coffee farm has left Lani Tagama blind. Now she must learn to navigate in a world of darkness. With the help of an embittered ex-cop, Ben, and a half-trained guide dog, Fisher, Lani discovers she can regain a shadow of her former independence.

But strange and dangerous secrets lurk behind the beauty of this seaside paradise. Suspicion grows that this was not a random shooting, but an attempted murder, one with its roots in a hippie commune burned over thirty year ago. Lani realizes she is a target, and that she must find the shooter before he strikes again.

▼▲
I'm the author/artist and I want to review Midnight Sea, Aloha Reef Series #4.
Back
×
Back
×