The Messianic Hope: Is the Old Testament Really Messianic? - eBook
By: Michael Rydelnik 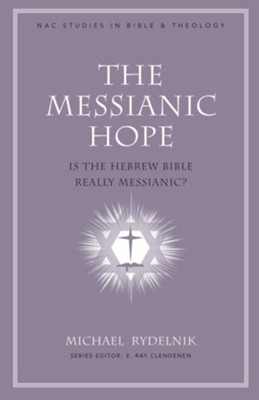 The Messianic Hope: Is the Old Testament Really Messianic? - eBook

▼▲
In The Messianic Hope, Jewish Studies professor Michael Rydelnik argues against the view (growing even among evangelicals) that Old Testament texts historically interpreted as direct prophecies of the Messiah were not really Messianic in their original intent. The concept of a "messianic hope" in Israel is widely thought to be merely a postexilic scriptural phenomenon, and some say the apostles engaged in what one writer called "a creative exegetical enterprise" in order to justify it.

But without direct Messianic prophecy in the Old Testament, one of the essential arrows that Jesus and the apostles (as well as the later church) used to defend the messiahship of Jesus is removed from the quiver of contemporary Jewish missions. Furthermore, many New Testament texts are drained of significance that see Jesus as perfectly fitting a mold that the Old Testament writers built text by text. Rydelnik corrects these interpretations and shows how the Ot continually points to Christ, and how we can

In The Messianic Hope, book six of the New American Commentary Studies in Bible & Theology series, Jewish Studies professor Michael Rydelnik puts forth a thesis that the Old Testament was intended by its authors to be read as a messianic primer. He explains at length how the text reveals significant direct messianic prophecy when read in its final form. Users will find this topical study an excellent extension of the long-respected New American Commentary series.

▼▲
I'm the author/artist and I want to review The Messianic Hope: Is the Old Testament Really Messianic? - eBook.
Back
×
Back
×