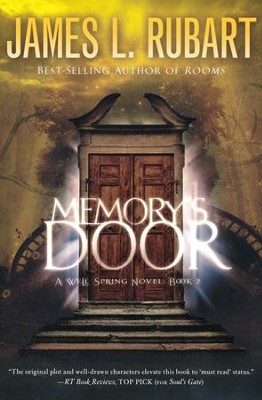 ▼▲
With a victory against the Evil One under their belts, the four of the Prophecy have managed to bring even greater adversity their way. Now the four must stand against the Enemy's continued assaults-and try to determine how to prevail. These four have seen amazing things in the spiritual realm. But faith can become even more difficult when it's influenced by sight.

The prophecy brought them together. But the Wolf has risen, and now their greatest battle begins.

The four members of Warriors Riding have learned to wage war in the supernatural, to send their spirits inside people’s souls, to battle demonic forces, and to bring deep healing to those around them.

But their leader Reece is struggling with the loss of his sight. Brandon is being stalked at his concerts by a man in the shadows. Dana’s career is threatening to bury her. And Marcus questions his sanity as he seems to be slipping in and out of alternate realities.

And now the second part of the prophecy has come true. The Wolf is hunting them and has set his trap. He circles, feeding on his supernatural hate of all they stand for. And he won’t stop until he brings utter destruction to their bodies . . . and their souls.

". . .this is a seriously heart-thumping and satisfying read that goes to the edge, jumps off, and ’builds wings on the way down.’"—Publishers Weekly review of Soul’s Gate

▼▲
“The second novel in Rubart’s Well Spring series picks up the fast-paced narrative right away and doesn’t quit until the end. The author has penned another amazing tale of angels, demons and what it means to be truly connected to God’s plans for the future.” -- RT Book Reviews, three stars

▼▲
I'm the author/artist and I want to review Memory's Door, Well Spring Series #2.
Back
Back